For the first time ever in public, I detail exactly what decisions led to my success.  Some of these techniques are so good, I kept them a secret until retirement.

“This was pretty tough and I ended up 50 tabling. […]  I was getting 6k vpp an hour.  This is completely insane, if you cough you are done.

In general, for high-count tabling there is extreme stress induced on the body, I think my practice with exercise beforehand has helped me sleep and play more comfortably …. I probably sweated an entire bucket through my hands over the last couple of days — talcum powder, gloves, and many towels didn’t help.”

After playing for 32 hours, I played for another 2 hours at around a rate of 1 decision every 0.6 seconds.  Human reaction times tend to be around 0.215 seconds, leaving a bit more than a third of a second to process the hand.  At that type of speed granularity, blinking costs 1 percent of your time.  I was running in my highest gear, yet somehow all completely on autopilot.

If you’ve ever played the game “Don’t Tap The White Tile”, this is the best analogy I can come up with.  Don’t Tap is a game where black tiles fall down on your phone’s screen, and you tap them.  (My record for 50 taps is 6.721 seconds.)  Doing this is very similar to playing Don’t Tap for hours at near this speed.  But how did I do it?  Here are the details of my decisions that led to success.

This part is all about micro-optimization.  First, I tried to find an ideal physical setup: mechanical keyboard, high dps wired mouse.  I use Gunnar glasses which I found invaluable for reducing eyestrain.  For my chair I opted for a Herman Miller Embody.  For the stakes that I was playing, I also had a backup mouse, keyboard, internet, power supply, water, and vegetable snacks.  Decision fatigue is real, but you can stymie the effects by drinking a bit of sugar.

I also found an ideal computer setup.   Of course, you should use an SSD harddrive (or RAM) as they have the best read/write times.  I tuned all the settings of my computer for performance and reliability — no windows aero, no distractions.  I edited the registry to make the titles of windows smaller so the play area per window was increased.  I edited graphics files to remove erroneous images or text, and edited the contrast of images to improve split second recognition.

Reducing delay is principally important.  If you have 16 seconds for your turn and you can save just 1 second, you already increased your hourly by 7%.  If you plan on playing say, 2 million hands a year, and you save even 0.1 seconds per hand total, you end up saving 200k seconds —  55.5 hours.  But you can usually save many times that.

The first thing I did to reduce delay is I turned all animations off.  This alone can save you 2 seconds if you don’t do it already.  Then, I made sure that my setup, including my monitor, would display a hand with the least ms delay.  Whenever tables were grouped together, I put them at the smallest size and as close together as possible: reducing eye movement.

I also configured mouse and keyboard shortcuts well.  Allin, min-raise, and fold should be a button.  “Check if fold” should be on, so that your “fold” button can also act as a check if there is no betting on your turn.  I would experiment with what works for you (keyboard or mouse buttons.)  You should configure and have a program type in common bet amounts.  Not clicking the buttons on the table saves considerable time: it usually takes something like 0.3 seconds to seek with your mouse and click a button, but there is a wide range (sometimes, it can take a whole second.)

Decision 2:  Group Situations That Can Be Studied And Employ CRN Notation

Many subgames of poker come up frequently, and if you plan to play often, you should know them by heart.  This breaks down into a few steps:  identifying common situations, solving them offline, and encoding the solution in a compressible chunk for reference later.

Other situations that occur commonly in fast tournaments are push-fold situations.  Most people just learn the pushes, but you should also learn the calls, especially at shallow stacks.  Learning the calls can improve your ROI tremendously.

This seems like a lot of information to know, but there is a trick to encoding information super fast for reference that I have never seen before. I call it **Compressed Row Notation**. Using it will change the way that you think about and intuit the sort of ranges spit out from a computer forever.  (If you are reading this and don’t know what I mean by a range because you are not a poker player, I’ll give an example below.)

But there is one trick to these ranges.  Almost always, the ranges are continuous — it would never suggest playing QQ and AA, but folding KK. Also, if you are playing 77, you are probably playing 88, 99, TT, etc. too.  Lets call a range with these two features /compact./  We can exploit properties of compact ranges to reduce the amount of information needed to represent them.

The reason this improves things isn’t just about rote memorization.  It creates a new language to discuss ranges.  Before, you could not ask about or think about compact ranges, but now they can be spoken in English reasonably.

In a typical spot that is close and that employs compact ranges (basically almost all spots in fast tournaments), before, one might say their range is “Jack eight suited plus, Jack ten off, Ten eight suited plus”, if they are even able to concoct such a statement. (many players when asked their specific range in a spot, could not tell you without a fair bit of difficulty) They lack a language of these situations that ends up hurts their ability to be precise.)

In row notation, we could say “Jack eight ten Ten eight.”  Note that it is always clear to the listener what we mean — here the syntax isn’t ambiguous in practice. The reason for this is that the ranges we are talking about are compact. For example, the listener could not have heard eg. J8s+ TTs+ T8o+ because there’s no such thing as TTs+.  (Or 9Ts, 8Ts etc.)

CRN, or Compressed Row Notation, allows you to compress many hundreds of ranges onto your screen at a total size no bigger than your hand and is something that can dramatically improve your winrate. For example, I have a chart for when someone jams 8bb from the HJ and its folded to my SB, what I should typically call with.  That’s just one of the many hundreds of situations I have on my screen available for reference.

I know CRN may seem intimidating, but after using it for a while, it really changes how you think in a positive way. It also improves seek times over RN (Row Notation) for serious players. Typically in some common spot, you may have a hand like say, 96s, but you don’t know if you are supposed to play 96s or 97s.  When you glance at your CRN table, you see something like say, K49 59 79 79 6665.  So you know nearly instantly that it’s gotta be 96s, because you saw a flood of 6s at the end.

Decision 3:  Use Stack And Tile To Disseminate Information Faster

This is the motherlode guys.  This secret was so valuable to my success, I guarded it at all costs.  This is one of the main reasons why I never showed a picture of my setup during play.  Stack and Tile, a little known program, is the most useful program ever for a volume based professional player in any form of poker.  Alone, it probably doubled my income and it certainly doubled the rate at which I could play poker.

For those that don’t know what it does, you can configure it to show your hands as they require action.  So imagine you have a stack of poker tables in the corner that you don’t look at.  As decisions become required by you, they queue up on your screen in a predictable order and with a known location.  You can lock the table on the screen with a hotkey, and you can move them around.  As you make your decision, assuming you haven’t locked the table there, it goes back into your stack and begins again.

The reason that this program can double the rate at which you can play poker is because it shows you exactly what you need to know – no more, no less.  Say you have a tough decision on your current table…While you are thinking about that decision, more decisions that are easy for you will come into your queue that you can easily handle while passively thinking about your harder decision.  In typical setups like stacking, you don’t have this luxury of multitasking.  And in classic tiling setups, there is too much eye movement, and you constantly must find the table that needs action, that playing becomes a chore — and too wearisome after a short while. 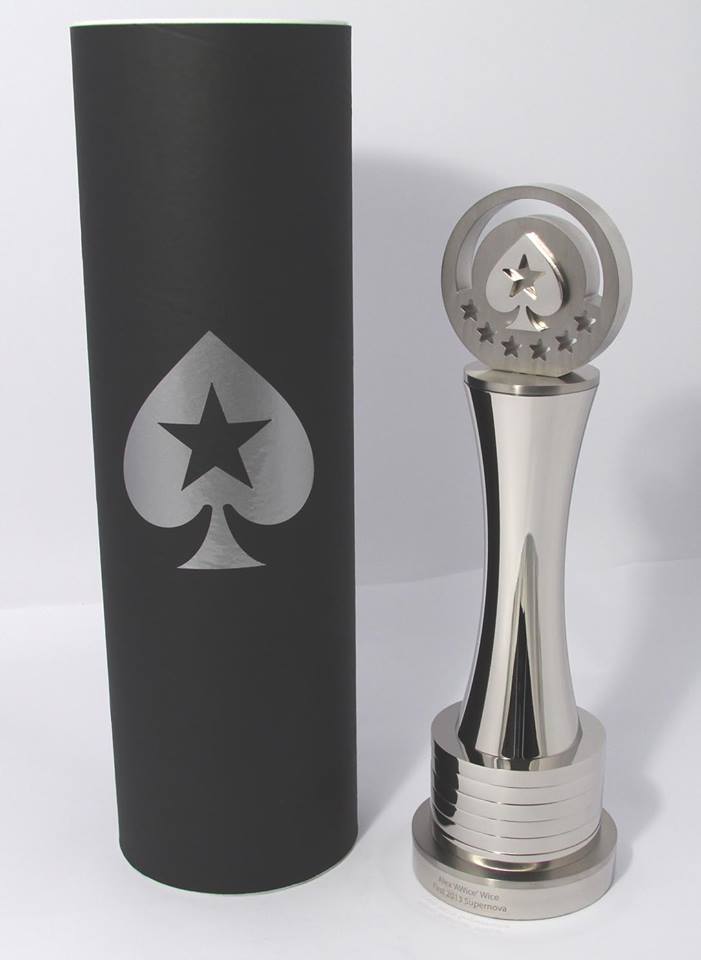