Welcome especially to all the new players who joined us after the Kill the Servers Weekend on Steam (which did indeed kill the servers briefly last Saturday morning).

We have a lot to talk about as we’re making several announcements! Please have a look below!

We’re conducting a survey on how we can improve Prismata, particularly for new players. We’d appreciate your feedback if you could fill it out. It should take less than 5 minutes, though you could spend more time if you want.

The survey is here: https://goo.gl/forms/CdAXjtKBdYHC9mbv1

Some fantastic news… in the last week, we’ve had about 20,000 new Prismata players join us! We actually were a top game on Steam for a while, though not for the reason you might expect… 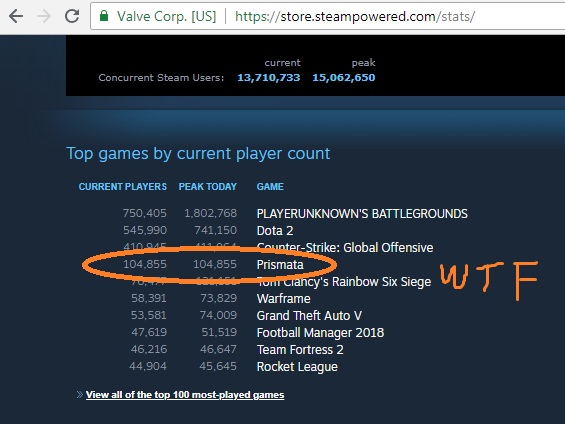 As it turned out, we were actually the #4 game on Steam for much of Friday afternoon and evening. We peaked at 120k concurrent players before trailing off overnight.

Valve set up Prismata’s free weekend for us, but they set it up as a 100% discount for 72 hours rather than as a temporary switch to “free-to-play” mode. Consequently, players could still earn Steam Trading Cards simply by logging hours in the game, rather than by making purchases (as is usually required to earn Steam Trading Cards in free-to-play games). As a result, a large number of Trading Card farming bots grabbed Prismata on Steam, and these bots farmed hundreds of thousands of trading cards while either idling on the splash screen for hours, or not even playing the game at all (but telling Steam they were). This pushed us up to the ridiculous number of concurrent players you see above (which was far larger than the number of concurrent players that actually connected to our servers). More info here.

Lunarch actually earns a commission (less than a cent) off of each trading card sale, but we don’t have any interest in profiting from these trading card bots. Consequently, we will be putting all revenue earned from trading card sales toward tournament prizes for the 2018-2019 season. ^_^

Which brings me to…

We plan on running a Beta World Championship later this year once Prismata goes fully free-to-play, but we’re not quite ready yet. Before that, we’re going to run one last Beta Pre-Season Event!

Prizes will be distributed as follows:

I’ll be streaming the event live on twitch.tv/lunarchstudios. See you there!

We’re thrilled to welcome Alan Moore to Lunarch Studios! He’ll be joining us as a gamedev intern for the summer: 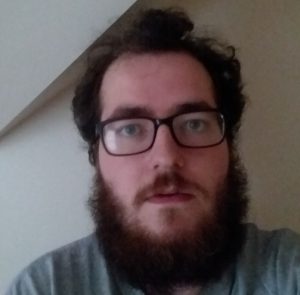 Alan has already got to work helping us with localization development and a bit of campaign content creation; look forward to seeing more from him in the future (he’s also a top Prismata player and does a bit of Twitch streaming too).

And… that’s all for now!