I have some exciting news to report today!

Our very own AI developer and University of Alberta PhD student Dave Churchill has just won the Best Student Paper award at the Eleventh Annual AAAI Conference on Artificial Intelligence and Interactive Digital Entertainment (AIIDE 2015) for a research publication concerning his work on the Prismata AI. 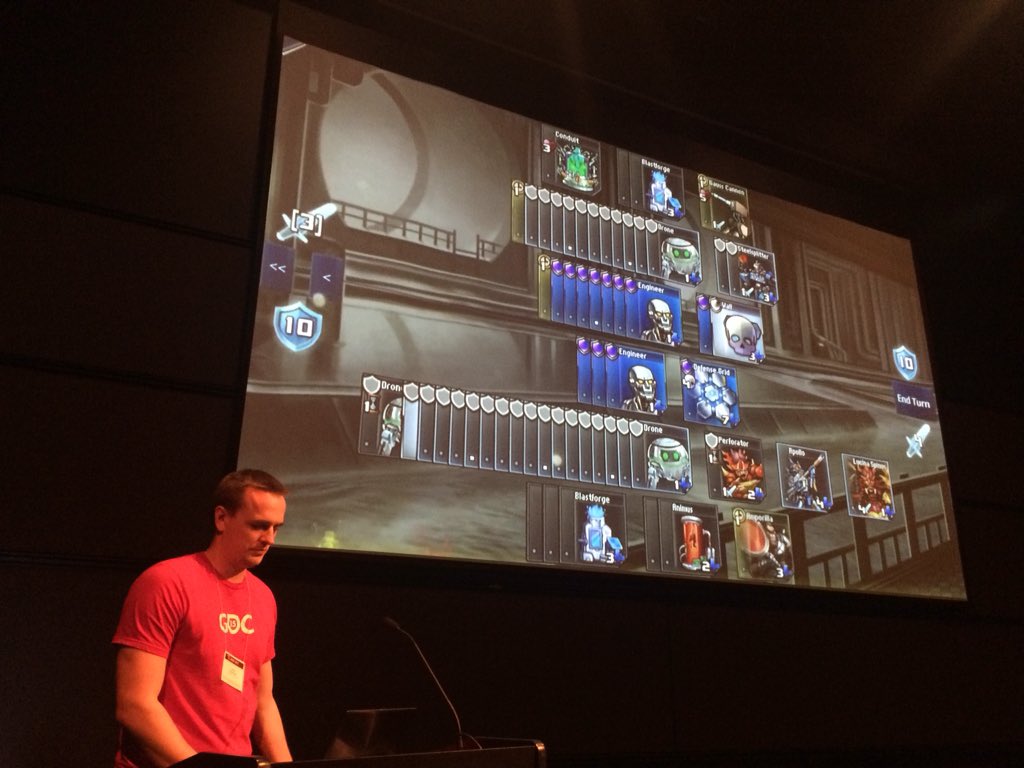 Dave’s paper is entitled Hierarchical Portfolio Search: Prismata’s Robust AI Architecture for Games with Large Search Spaces. In it, Dave presents some of the techniques he has employed in developing Prismata’s state-of-the-art bots, and describes novel methods for overcoming the challenges of Prismata’s massive search space while avoiding the types of hard-coded heuristics that would make the bot inflexible to changes applied during balance patches.

Dave’s award is a pretty big deal as far as video game AI research is concerned, as AIIDE is one of the most important conferences in the field. AIIDE describes itself as “the definitive point of interaction between entertainment software developers interested in AI and academic and industrial AI researchers”.

Dave is also well-known in the video game AI community for his work on StarCraft AI. His very own UAlbertaBot took first prize in the 2013 StarCraft AI Competition.

So this week’s blog content is all about the PAWC finals, which are running this weekend. But I also wanted to leave a quick note on a few other things we’ve been up to:

END_OF_DOCUMENT_TOKEN_TO_BE_REPLACED

The exhilarating conclusion to the Prismata Alpha World Championship is nearly upon us.

Each of them grinded their way to the upper echelons of the Prismata ladder, slogged it out through the 6-round PAWC Grand Prix, and in some cases, fought tooth and nail to survive through our Wildcard Qualifier event last weekend. Employing their outstanding skill and determination, each of these Prismata masterminds has earned a position in the toughest Prismata tournament we’ve witnessed thus far—the Prismata Alpha World Championship Finals.

END_OF_DOCUMENT_TOKEN_TO_BE_REPLACED

After last weekend’s Halloween break, we’re now gearing up for the grand conclusion of our big pre-release tourney: the Prismata Alpha World Championship. This weekend is Wildcard Weekend—on Saturday, a selection of the top players from the Grand Prix will be competing for the final two spots in the grand finals, which will take place later this month.

A variety of fun events are planned. Here’s the schedule for the weekend: