In designing the combat units for the game Prismata, there are a number of important considerations relating to gameplay, narrative, and artistic style. The look and feel of the game units affects how users feel when playing the game, how they perceive the story, and how well they intuit the actual game mechanics. We began by designing the most important and difficult units: those in our base set. These are the units that users can purchase in every single game of Prismata, and they are among the first units that users encounter in the single player campaign. We needed their look and feel to be perfect.

Drones are the most important economic unit in Prismata. Each player starts with 6 of them (7 if you go second), and most games of Prismata begin with each player making a few more. In addition to earning money for you, Drones can also defend your more vulnerable units, sacrificing themselves for the greater good. This means that Drones tend to DIE. A LOT. So we didn’t want them to be too cute, lest players feel upset when they constantly explode. We settled on a level of cuteness similar to that used for Pikmin—another friendly and helpful creature that tends to die en masse. 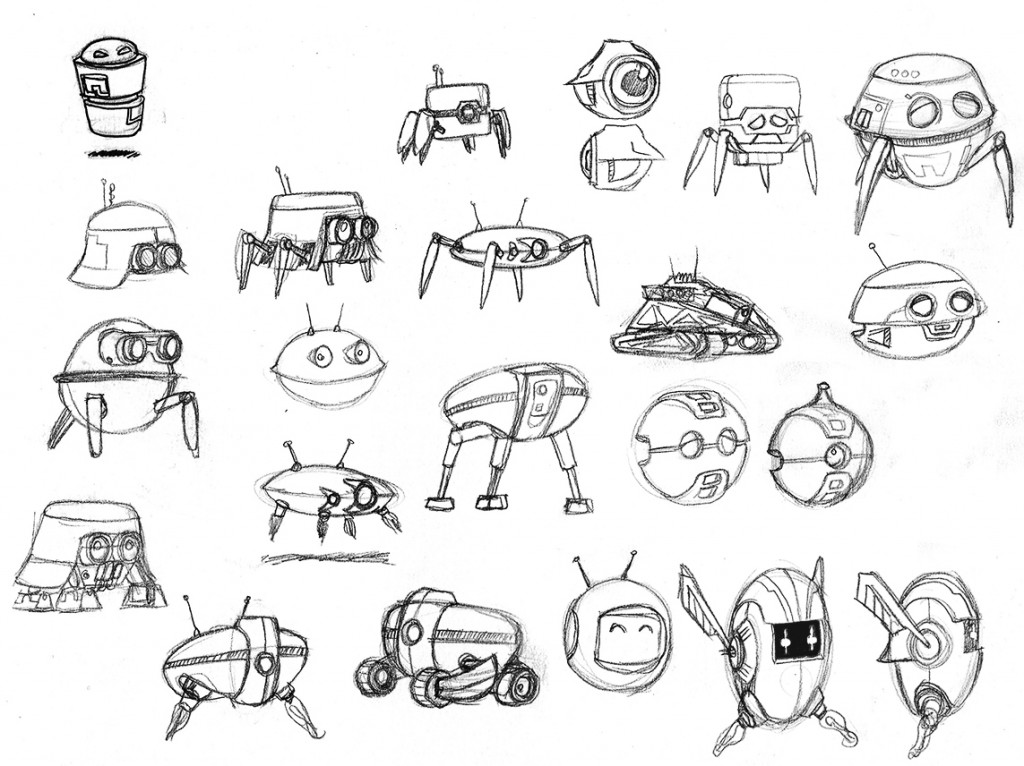 Original Drone concept art by our in-house artist, Dan Hunter. We explored a variety of different styles for a future “worker” robot. We promise to add a Kawaii skin later! ^_^

The Engineer is another critical unit in Prismata. It serves two functions: it provides energy to help grow your economy, and it can be sacrificed later as a form of early defence when you no longer need to buy drones. We wanted the Engineer to look a bit tougher, a bit more like a defender. 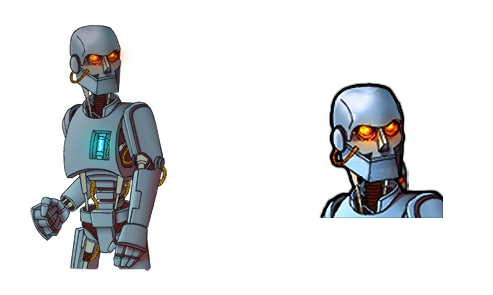 Initially, engineer had a full body. For the actual unit on the battlefield, we decided to only show his head. We might re-use the body on another unit later.

These three units are the ABCs of your technology in Prismata. Literally. You’ll likely buy one or more of each of these units every game, depending on which type of technologies you want to invest in. Each produces a specific type of resource that can be used to construct attackers, defenders, and other units in Prismata. The Animus produces Replicase, which enables the construction of biological units. The Blastforge makes Behemium, which can be used to produce mechanical units. Finally, the Conduit grows Gaussite, a mysterious crystal that powers cybernetic units. The three technological resources—Replicase, Behemium, and Gaussite—are usually just known as R, B, and G (which might just stand for something else).

Current renderings of the Animus, Blastforge, and Conduit. If you want to rush, go red.

In addition, there are six other units present in every game of Prismata. In each of the three branches of Prismata’s tech tree, a basic attacker and defender is available.

There are dozens of other units in Prismata. Hundreds have been designed, though most will be shelved for a while as we want to release the game with only a small, lean set of the very best designs that are the most balanced and yield the most interesting gameplay. We’ll share a bit more information about the base set and other Prismata units in the future. Stay tuned!