Fun fact: for more than 3-and-a-half of the 4 years that Prismata has been in development, the game had no sound or music at all. 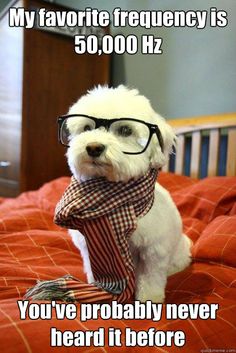 It was about five months ago when that finally needed to change, and we began the process of acquiring a proper soundtrack together for Prismata. We produced our soundtrack in a manner that’s quite a bit different from what most game studios do, and the results have been brilliant. At long last, we’re ready to give you a sneak peak.

Before we get to the music, a little story time. Like many other people on the Prismata dev team, I’m a huge game music junkie. I strongly believe that it’s no coincidence that almost all of the most highly regarded classic video games had brilliant music. An excellent game soundtrack can control the game’s atmosphere and manipulate the emotions of the players, allowing them to become further immersed in the game world. A bad soundtrack will, at best, encourage players to hit the mute button, or worse, ruin the game experience completely. So when we decided to start working on Prismata’s soundtrack, I made it my personal mission to ensure that it kicked ass.

Many game developers employ a rather lazy strategy when it comes time to do the soundtrack. Typically, they prepare a list of required music pieces and farm the work off to a music production studio, where a single person often composes and produces the entire soundtrack. In Prismata’s case, we needed a full score for an elaborate sci-fi adventure with futuristic utopias, evil robots, tense battles, and all kinds of fantastic characters and locations. Being ambitious as usual, a single genre of music just wouldn’t cut it; in fact, we wanted each character to have a theme in a completely unique style, alongside a cinematic and gameplay score that would combine neo-classical, electronic, and ambient influences. Some of the music could be produced in-house (such as the theme in our Prismata trailer, which I was able to put together very quickly using Garritan Instant Orchestra), but it became clear that we would need outside help to obtain the truly kick-ass soundtrack that I wanted.

I began looking for composers. One thing I kept noticing was that even those that advertised themselves as multi-genre composers often had a single core competency, and were much weaker when it came time to produce something outside the genre they excelled at. For example, studios specializing in trailers and epic classical music just couldn’t pull off electronic music of the quality that I had come to expect from top dance music producers. So we decided to do something extremely unusual: we hired five different people to work on our soundtrack .

The way I see it, Prismata does music the same way that Magic: the Gathering does its card art: we hire a team of extremely talented artists, assign them each to projects that cater to their strengths and specialties, and manage the whole process ourselves to ensure a unified and high-quality feel to the final product. The results have been spectacular!

Now, let’s introduce each of the talented musicians who have helped contribute to our soundtrack:

Tim is both a creator and a connoisseur of electronic music, with more than ten years of production experience. Tim has dozens of releases signed to major electronic music labels, his tracks often blending techno, trance and house influences in innovative ways. Tim’s music is incredibly immersive, with steep emotional peaks and troughs. Tim’s releases have been supported by major DJs including Hernan Cattaneo, Nick Warren and Guy J. Tim also runs the Konstruct indie record label with DNYO. Outside of the electronic music world, Tim also does a variety of commercial work, and has several film and television credits. For Prismata, Tim is my go-to guy for immersive soundscapes, dark techno sounds, and anything ambient.

I hired Robert and Eric to write music for Prismata after they sent me an incredible demo featuring breathtaking epic classical music. Robert—recently nominated for an Emmy Award for his work scoring Fox TV’s Sleepy Hollow—also has credits on projects like Teenage Mutant Ninja Turtles, Iron Man 3 and Call of Duty: Modern Warfare 3. His sound can be haunting, epic, quiet, and tumultuous—often all at once. Eric’s pairing of stringed instruments with synth beats is quirky in the best of ways, and his stripped-down tracks are reminiscent of some of the most memorable themes in video game and movie history. Together, Eric and Robert have created some incredible emotional landscapes for Prismata.

Jason makes the kind of peppy, synth-rich electronic dance music that’s all the rage these days. What caught my attention the most was that Jason had commercial releases on Plasmapool—one of the top electro house record labels in the world. As soon as I heard his work, I knew we needed to work with him on Prismata. Jason’s music sparkles with an immense degree of quality, polish, and attention to detail. For Prismata, he’s created everything from character themes to exciting bossfight music.

Also known by his stage name Complex Answer, Alex possesses a superpower that allows him to mold and deform basslines as if they were Play-Doh. Alex is a talented electronic music producer who originally specialized in genres relating to Drum & Bass and Neurofunk, but has since proven himself to be extremely versatile. Alex’s compositions for Prismata incorporate electronic, classical, and ambient elements in an extremely fresh and exciting way. Prismata is the first commercial video game project Alex has been involved with, but we think he has a bright future ahead of him!

The music posted above is only a tiny fraction of what’s to come. Stay tuned for more music teasers in the upcoming weeks. And leave a comment telling me which tune is your favourite!