Today, I’m going to discuss one of my favourite mechanics in Prismata: build time. Specifically, build times greater than one, as employed in the design units like Tarsier, Apollo, and Zemora Voidbringer.

Here are all the Prismata units that currently have a build time greater than one:

Build time as a design tool

So, why have build times greater than one at all in Prismata? There are three main reasons:

Some of my favourite in-game Prismata situations are those when one player has a Zemora Voidbringer or Resophore under construction, and their opponent is desperately trying to counterattack or mount defenses before it arrives. Build times allow some of the most dynamic and skill-testing Prismata situations arise, where planning several turns ahead is key.

Sometimes, build time can be employed as a balancing knob to adjust when designing a unit. Tarsier, for example, was originally a 5R unit with build time 1. However, its strength was too dominant in a lot of Prismata games, so we replaced it with the 4R build time 2 Tarsier you know and love today. While still quite good as an attacker, the current Tarsier is just a hair weaker, which gives us more design space to include other, better attackers. Of course, we’ve also adjusted build times in many of our recent patches, which have included changes to the build times of units like Frostbite and Resophore. 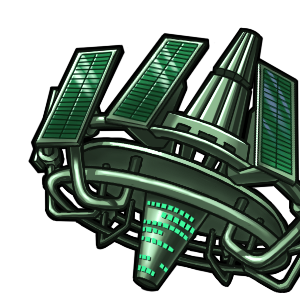 Units having distinct build times can often be used together in a combo. Imagine building a Wincer, then two Scorchillas, then a Vai Mauronax and two Nivo Charges. By lining up the purchases of these units so that everyone comes online at once, you can maximize the impact of your purchases, leaving your unsuspecting opponent dazed.

Build time is a great mechanic that I love designing around. So why haven’t we included even more units with high build times in Prismata? Why do the vast majority of Prismata units have build time 1?

However, that’s about to change…

A new balance patch is coming!

This month’s patch, which will be deployed at 11:59 pm ET this Friday, shall include:

Full patch notes will be released soon, but here’s a sneak peek at a few of the upcoming changes:

This change is motivated by a number of factors, chief among them the fact that Xeno Guardian exhibits the highest player 2 advantage of any of the units currently in Prismata (though not nearly as much as the old Wincer or 7RG Scorchilla). The player 2 DD/DDC/DDB/DD+Xeno opening is incredibly strong and efficient, leaving player 1 with few options in many Xeno Guardian sets. Most worrying was the fact that player 2’s advantage seemed to increase as player’s ratings increased, meaning that it wasn’t just due to many players playing the wrong openings, but was rather due to a real bias created by the unit’s existence.

This time, we’ve chosen to use build time as a balancing tool. Decreasing Xeno Guardian’s cost but adding a build time does several things: it balances the strength of the standard Xeno Guardian builds between the two players, increases the relative strength of multiple Xeno Guardians in longer games, and makes the very first Xeno Guardian a little weaker as a defender due to its later arrival.

We’re increasing Scorchilla’s build time from 2 to 3, while decreasing its cost from 5RG to 3RG.

This is the second time that we’ve applied a build time increase to Scorchilla. The previous change, occurring many months ago, took Scorchilla from a 7RG build time 1 unit to a 5RG build time 2 unit. Now we’re applying the same transformation yet again, increasing the build time by 1 while decreasing the cost by 2. However, the reasons for these two changes are very different.

The initial change from 7RG to 5RG was meant to put a damper on strong bursty Scorchilla openings, chief among them the dreaded p2 DD/DDC/DA/2xScorchilla that led to Scorchilla having a player 2 winrate of around 58%. These openings didn’t lead to automatic wins and were easily countered by top players, but many intermediate-level players found the opening very difficult to deal with but incredibly easy to execute as player 2.

Presently at 5RG, Scorchilla feels a little weak. This is for a few reasons. In terms of straight-up attack per unit cost, the 5RG Scorchilla isn’t much worse than the 7RG variant. However, buying one reveals your intentions to your opponent one turn sooner, allowing them additional time to prepare for the burst. Moreover, the 5RG Scorchilla has some difficulty comboing with other units that enhance its strength, since units like Tarsier and Frostbite also have build time 2 and can’t be bought on the same turn as, say, a pair of Scorchillas bought off of a single Animus. With a different build time, the 3RG Scorchilla fixes this problem. It’s also a little bit stronger than the 5RG one, and allows for some really fun timing attacks (2xScorchilla into TT into RR for 10 damage, anyone?). We hope you’ll like it!

Here’s a teaser of the three new units we’ll be unleashing on Saturday:

One of these units certainly looks a little bit familiar…

Here’s a hint as to what they do:

The rest of the patch notes, as well as full reveals for all new units, will be posted later this week!