As I mentioned in the last article, I’ve been spending much of my time lately working on single player content for Prismata while the rest of the team continues development on art/sound, the servers, the Windows/Steam version of Prismata, and new features. Today, I want to reveal a few more things about Prismata’s single-player content.

Let’s start with a little teaser from our first puzzle collection: 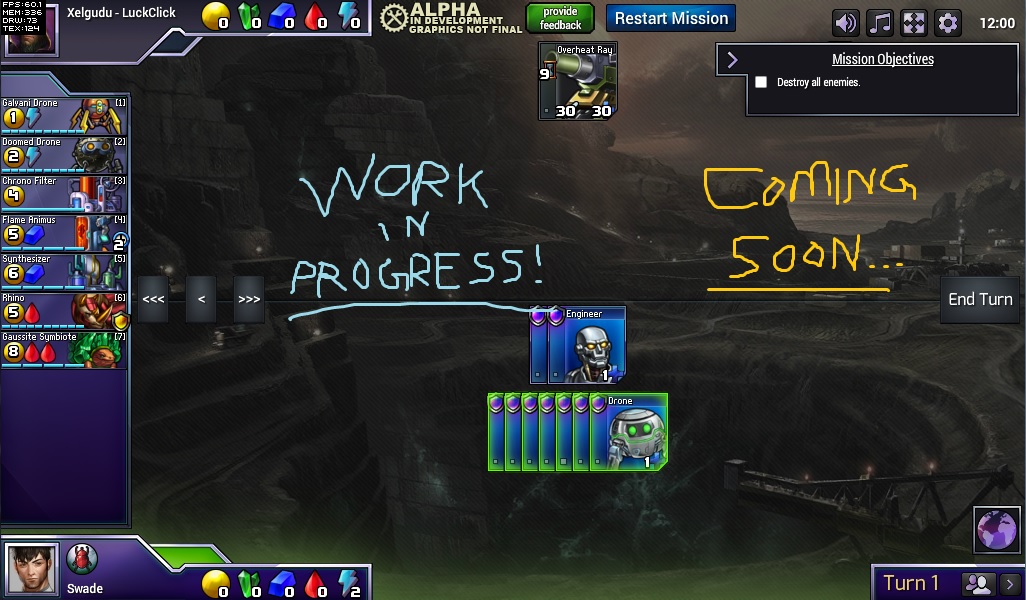 Debug mode screenshot from one of dozens of Prismata puzzles we’ve been working on. Yep, that’s a 30/30 Overheat Ray!

Early on in Prismata’s development (long before Kickstarter), our plan was to build all of Prismata’s single-player content into one massive story-driven campaign, where each mission would place the characters in a specific conflict relating to one overarching plot. Essentially, the format would mimic that of the single-player campaigns found in most real-time strategy games.

However, over years of working on the creative aspects of the missions themselves, we became increasingly convinced that we had far too many ideas, and it would be incredibly difficult to cram them all into a single cohesive campaign without compromising our visions for either the narrative in the campaign, or the quality of the missions themselves. Some single-player puzzles felt too small or simple to fill the role of a campaign mission, or couldn’t quite find a place for themselves in the story. Other times, they made no narrative sense at all (do we really want our writer to try to come up with a reason for why our hero only has access to Centrifuge as a tech source?)

Hence, it became clear that we ought to have two categories of single player content—narrative-driven campaign content, and purely mechanical puzzle content. Indeed, this is what we’re doing.

Both categories (campaign and puzzles) contain substantial free content, and we have plans for several paid content packs for both. On our Kickstarter page, we described them as “mission packs” and “puzzle packs”, but they might more accurately be called “campaign expansions” and “puzzle collections”. 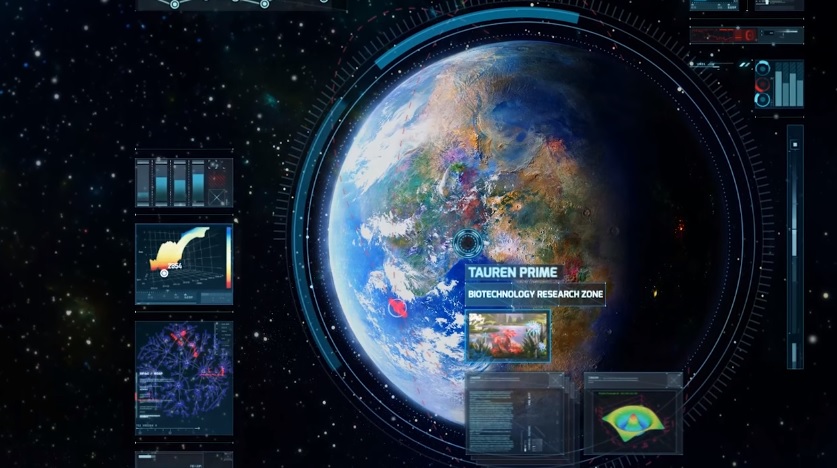 We have a lot to reveal in the coming weeks, but for now, I’ll just mention some of the different types of missions that the campaign contains:

Of course, some campaign missions combine several of the ideas above, and many add completely game-changing new surprises!

One other tidbit: originally, we had planned to include optional bonus objectives  to provide additional challenge to players who wanted to find the very best solution to each mission. However, we found that we could create a much larger variety of difficult challenges by simply altering the missions themselves. Thus, the optional bonus objectives were scrapped, and there will instead be an alternate expert version of each mission. Each expert version has been adjusted to contain tougher enemies, fewer starting units for the player, fewer supplies, or all of the above!

There may also be a few secret missions… ^_^

If you’ve played the existing combat training missions, you’ve probably come across missions like the Coffee Break challenges, Defense Tactics missions, and more difficult enigmas like Countdown and Thunderdeemer. In these non-traditional Prismata scenarios, the player has access to limited forces, few or no units available for purchase, and is tasked with the tricky challenge of defeating a few enemy units by employing high-level Prismata skills. 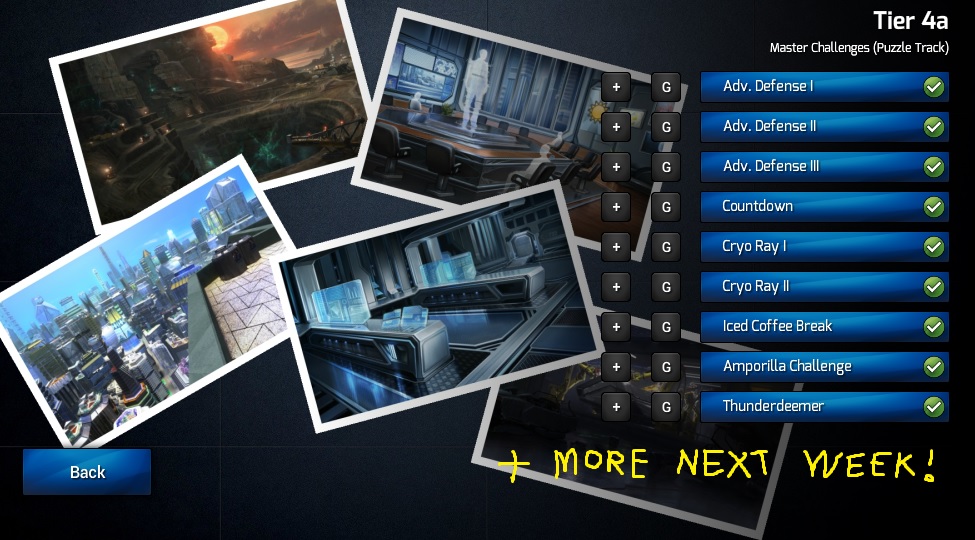 Puzzle missions can take a variety of forms. Some focus heavily on strategic build planning, while others are chess-like and require precise tactical mastery. They also come in a variety of difficulties, from simple to mind-numbingly hard.

Next week’s article will cover puzzles in a bit more depth. It will also unveil a few more free puzzle missions that we’ll be adding to the Prismata alpha.

In the mean time, check out this clip from last week’s twitch broadcast, where I live-streamed the development of a brand new mission featuring Centrifuge and a number of units with lifespan (we still haven’t quite decided what we’re going to do with it, but we like it so far!)

You might wonder how the current Combat Training content in the Prismata Alpha fits into all of this. Many of those missions are prototypes, and you’ll see it get rearranged a bit when Prismata is released. Some details:

Stay tuned for another single player update next week! New free puzzle missions will be dropping then as well.